A more productive you tends to be a more successful you, especially in the workplace.

Bosses notice when employees are high achievers, which leads many of us to try and push hard, at least for a season, in order to catch a manager’s eye and  parlay our productivity into a raise. 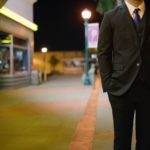 How do you negotiate on your behalf when you step into your manager’s office for the big ask? It’s a tough question to answer because nearly every workplace is different. Despite these differences, though, there are some general principles you can adopt to give yourself the best chance of getting the raise you’ve wanted.

#1: ALWAYS Determine How Much You’re Worth

While quick thinking and rehearsed monologues may help you close a raise, they’ll be meaningless if you haven’t done anything over the course of the year worthy of a raise. Our guess is you’ve put in the effort, or you wouldn’t be reading this.

So, how do you go about determining how much you’re worth to your company? Give equal weight to your achievements and the national average for your position, says Shannon Gausepohl, a contributor for Business News Daily.

“Take stock of what you’ve done,” Shannon wrote, “and research how much people in the same field are making before you present the numbers to your boss during your conversation.”

Sure, this works in the movies all the time. A hard-worker grinds away and saves the company money while the boss seems totally unaware of her achievements. When it comes time to ask for a raise, the boss is dismissive. The employee threatens to leave to a competitor and then, magically, she has the boss’ attention.

Unfortunately, Harvard Business Review said in a 2015 article, that’s not how things work in real life. If you threaten your boss, he or she will go on the defensive, which, as you’ve probably guessed, isn’t the best way to get them to pay you more.

Think about what will happen if your threat doesn’t work.

“At best, you’ll turn the conversation adversarial; at worse, you’ll paint yourself into a corner if you don’t get the raise,” HBR’s Carolyn O’Hara wrote. 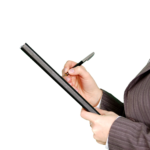 #3 ALWAYS Plan Your Request According to Your Boss’ Personality Type

Bosses – and everyone, for the most part — usually fall into two personality types: direct and not direct. You should plan your raise request based on which one best describes your boss.

If she’s a direct person who doesn’t tip-toe through small talk, then don’t waste time with small talk. Send her an email or call her and tell her you want to meet to discuss increasing your salary based on the work you’ve done since your last raise.

If they’re more of an indirect person, it may be best to bring it up during a regular, scheduled event.

“Others might prefer a more nuanced approach,” Fast Company’s Molly Triffin wrote in 2014, “where you broach the salary question in the context of another conversation, like a weekly status meeting.”

#4 NEVER Disparage Coworkers or Compare Yourself to Them

If you were a boss and an employee came in and spent 10 minutes talking about how much better they were than the person on the other side of the cubicle wall, what would you think?

We’re guessing “arrogant” and “jealous” come to mind, two qualities that definitely hurt your chances of getting a raise.

“Avoid comparing yourself to colleagues or complaining that you make less; stay positive and focus instead on how much you contribute,” O’Hara wrote.

The whole concept of asking for a raise is about you touting your own worthiness, not discrediting or disparaging your colleagues.

A Few Other Tips…

Aside from what we’ve mentioned above, remember that you should prepare for your ask. Don’t walk in and go with your heart – that’s when things go wrong. Know what you’re going to say and be nimble if your boss tries to knock you off-balance.

Also, be prepared for a “No,” O’Hara wrote. While not getting a raise won’t necessarily help your monthly budget, it can be an opportunity to learn what you can do over the next 365 days to increase your chances of getting a “Yes.”

The new year presents an opportunity for you to tally up new experiences at work. If you plan on asking for a raise, use the principles we talked about here and do additional research on what works and what doesn’t work. If this is your first time asking for a raise at your current job, be confident and calm.

In the meantime, come back to our blog for more tips on how to have a more productive 2017!

If you’ve committed yourself to personal development and excellence, you’re already on track to accomplish things in your professional life that you’ve always wanted to. However, you’re setting yourself up for failure if you think simply saying or writing a resolution will make it happen. You need a plan to go with your proclamation. 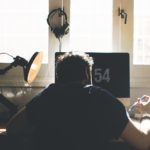 We’ve devoted a series of four blog posts to unearthing the practical principles you can use in the workplace to get ahead, build relationships and stand out as opposed to sticking out. We want you to break the self-imposed ceiling you have and ask for the raise you deserve and do the excellent work you know you can do.

Meeting those expectations is a matter of the practical and the mental. If you want to impress your boss, start with your workspace. Is it clean and organized, or is it regularly mistaken for a natural-disaster site? Do you dress with intentionality, or is your office outfit the leftovers of a beleaguered closet?

From a mental standpoint, what do you do when you face adversity at work? Crumble, or rise up? What goes on in your mind has a lot to do with how these pressure-packed scenarios play out. Do you take time every day to process the day ahead, or are you purely reacting to the unexpected?

As you can see, the path to personal and professional development takes on several difference aspects at multiple levels.

Your Desk Says Everything About Who You Are

Let’s be honest – messy desks used to be frowned upon, and even though they still carry an air of poor taste, creative types have convinced us that a messy desk is part of the creative process. 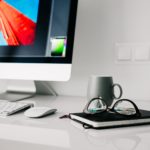 Creative or not, if you’re looking to get ahead in your job this year, you need to change what your desk says about you. Clutter equals disorganize and irresponsible. Clean equals reliable and trustworthy.

Plan Out Your Cleaning Schedule

Your first step is to cleanliness is to create a plan for cleaning your desk every week. Just like your resolution to get ahead, a resolution to have a clean desk doesn’t happen on its own. You need a plan.

The simplest solution is to spend five minutes after work doing a quick clean Monday through Thursday, then do a deeper clean on Friday before you head home for the weekend.

Clorox and 3M Are Your Best Friends

Keep a tube of Clorox cleaning wipes handy to tidy up any spills or stains that befall your desk during working hours, and for the deep clean on Friday. 3M has a great desk cleaner that works on a variety of surfaces. The quicker you clean up stains, the better.

The longer any liquid or sauce stays on your desk, the more time it has to collect dust and other embarrassing matter that tells passing co-workers you’re sloppy and absent-minded. In other words, your reputation suffers.

You Trash Can is a Mess Savior

Also, make sure your trash can is within reach of where you sit. There aren’t any stats out there on how much of the stuff on your desk is trash, but we’re guessing it would be around 50%. A trash can within arm’s length means you can throw something away as soon as your done with it.

This little trick will cut down on the clutter and give your arms and hands some room to breathe. Not only that, less clutter on your desk means there’s less of a chance you’ll knock over a cup or bottle and spill liquid on your keyboard.

What Will Your Desk Say About You?

You may not be at work 24 hours a day, but your desk is. If you cut out early to pick up the kids from school, your desk will still be at work perpetuating a narrative about your attention to detail and your reliability.

You have the ability to change this narrative, but it will take planning. Pick out specific daily times for light cleaning, and then designate a day (preferably Friday) when you can do a deep clean. It’s not fun staying a few minutes after work to tidy up, but you get a two-fold reward out of it.

First, you get to return from work on Monday with a sparkling clean desk, which can do wonders for you as you start the week anew. Second, your desk is promoting your best qualities while you’re at home with your family or friends.

When your boss passes by and happens to take a look at your workspace, she’ll most certainly be pleased, and that never hurts.