Office morale is a tricky subject to talk about.

There are so many different factors involved in keeping the office happy that it’s nearly impossible to say one factor is more important than the rest.

Pay, corporate culture, incentives, benefits, economic downturns, buyouts and mass layoffs are all things that can rip an unsightly gash into your team’s spirits.

However, workplace experts know it’s not always the big things that result in low morale. Specific habits from management and employees can slowly erode employee satisfaction until all that’s left is an unstable cliff ready to crumble. 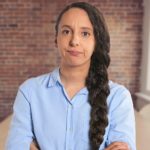 Inconsistency is a Killer

One of the rules you learn early on as a parent is that you must be consistent with your kids. When your children know what to expect – whether it be the daily routine, rewards or punishment –they have a sense of security and confidence about what’s ahead.

On the other hand, a lack of consistency can create anxiety, fear and a general sense of instability. It’s no different in the workplace.

Inc.com contributor Anna Johansson gave some insight into how your inconsistencies can wear down the positivity of your colleagues.

“Inconsistency in almost any area is grounds for a morale decrease,” Johansson wrote. “Consistency is important because it gives people a sense of what to expect; even if your employees don’t like or agree with one of your behaviors, as long as you’re consistent with it, they’ll learn how to work around it.”

Johansson brings up a good point. Your employees can deal with consistent behaviors even if they don’t like them. What’s hard for them to do is handle inconsistency, especially when it comes to actions influenced by your moods.

At its root, complaining is voicing your dissatisfaction with a certain issue … over and over again. Chronic complainers are like a volcanic eruption that never stops, blotting out the sun and covering your coworkers in an ash of negativity.

Your eruption, unfortunately, not only affects your reputation with others, it also diminishes your workplace’s collective morale.

“Complaining — even if it’s over something little, or is in a fleeting context — can have a significant impact on your team’s morale,” Johansson wrote. “You don’t have to eliminate complaining altogether, but you do have to take measures to prevent complaining from being a habitual or expected feature of your workplace.”

And remember, your reputation takes a hit every time you complain. Selena Rezvani, a contributor at Forbes, points out several different ways your complaining reflects poorly on you.

Here’s one of her gems:

“Often, when you complain to a group, the implicit message is that you’re trying to rally support for your way of thinking. Not only is it bad for others’ health and welfare to listen to you, but you’ll find that colleagues will think twice before being linked to you. Whether on a client project, a new assignment or an internal committee, they know they don’t have a lot to gain from being partnered with a glass-half-empty kind of thinker.”

You Don’t Stop Working at Work

This may sound counter-intuitive, right? We go to work to work.

However, as workplaces and workers themselves become more concerned about a holistic approach to work, breaks are a go-to for a quick restoration of energy and focus. Managers and employees who consistently work through breaks, Johansson says, can be morale killers.

“Breaks exist for a good reason; they’re important opportunities to de-stress and decompress, and taking a few minutes to relax can actually boost your productivity for the rest of the day (not to mention prevent the onset of burnout),” she wrote. “Encourage your employees to take more breaks–and take breaks yourself to set the example.”

That last part may be the toughest of all – set the example. If you’re used to working through your breaks, take a moment to think about how those missed breaks affect your team. If they see you pushing through, they’ll feel pressure to push through as well.