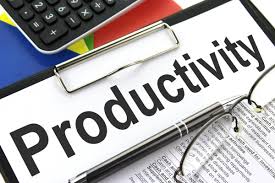 Productivity is that elusive quality that few seem to master.

The Golden Age of technology hasn’t helped. Our tablets, phones, and smartwatches constantly beg for our attention. We try to ignore them, but it can be an effort that requires just as much energy as your work.

Reaching a high level of productivity can be a tough task but it’s not an impossible one. We talked with workplace consultants and coaches to find out what you can do this week to strengthen your productivity.

Workspaces should have a certain level of privacy to them but, even if they do, your colleagues may have a knack of popping in right when you’re finding your groove on a project.

Alison Haselden, a marketing consultant at www.canirank.com, says a well-intentioned tendency to be too accommodating can crush your productivity.

“Getting distracted from the task at hand is a sure-fire way to ruin efficiency and productivity. It can be difficult especially in a busy office setting with co-workers constantly dropping by your desk for advice or assistance on a different project,” Haselden said. “As wonderful as it is to support your teammates, it’s necessary to learn to say ‘no’ and set boundaries to enable you to complete your own work first.”

Your mind is a terrible thing to waste, especially at work. However, that’s exactly what can happen if you lock yourself in the office for hours on end and don’t get some fresh air.

To help your mind stay fresh and focused, make a habit of getting away from your workstation, said Zana Amin, co-founder of Canadian lifestyle company Continual Growth.

“Every 50 minutes, get up and go for a short walk, perhaps to the kitchen or around the office or to the other side of the office. Just make sure you get up and move around; you’ll come back to your work refreshed,” he said.

One of the age-old bits of advice for productivity is scheduling. Write out your day and there’s a good chance you’ll be more productive than you would be without a list.

However, there can be drawbacks to getting so intense about your scheduling that every quarter-hour is mapped out, says Harrison Doan, director of analytics at mattress company Loom & Leaf.

“Don’t try to go overboard with your scheduling. Mapping out every 15 minutes of your day may seem productive in theory, but things rarely work out as we plan,” Doan said. “I’ve found success by writing out weekly and daily to-do lists without specific time constraints. That way, I’m able to prioritize my tasks and get them done in an order that makes sense for that day.”

4) Cut Back on Your Email Time

Imagine what your day would be like if you answered every email the moment it arrived in your inbox. Nothing would get done outside of clicking the “send” button dozens of times.

“Close your email app/browser for as much of your day as possible. Email is the destroyer of modern workplace productivity, and by taking back control of your time and attention you will become far more effective,” Lavercombe said. “Set an autoresponder that explains that you process email between certain times each day and provide a phone number if you need to be reached in an emergency. Then work on the tasks that truly matter.”

5) Clean Up Your Desk

If you’ve got planners and calendars on your desk amid a sea of staplers, papers and all sorts of other office-related knick-knacks, it’s time to clean up a bit.

Doing so can clear your mind and it will also help you to focus on one task at a time, said Nicky Peachment, a business coach in the U.K.

“Tidy your desk so you can easily reach what you need to. Keep the project you’re working on out, and put everything else away,” Peachment said. “This helps you to focus on what you need to do next, rather than allow other tasks to distract you. Multi-tasking is a myth. You can only do one thing at a time, so do it and move on.”

Looking Ahead: Part Two of Our Series

We received an overwhelming response when we reached out to experts about things you can do to increase productivity. In our next post, we’ll review what was shared here and provide 10 more tips we think you’ll enjoy.

It wasn’t but a decade ago that open offices became the choice for startups who wanted a workplace conducive to creativity and collaboration.

The open office wasn’t just a workplace decision; it was a generational decision, too. As startups brought new ways of thinking to their industries, they happily left old methodologies. Cubicles were tossed out along with cumbersome business models and traditional power structures. 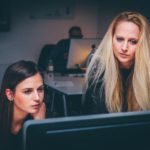 Cubicles are making a comeback, however. Employers have realized all the collaboration and ingenuity open workspaces were supposed to provide didn’t quite meet expectations.

We talked with marketers and consultants about their experiences with open offices and asked them if there is any value to moving from expansive, borderless spaces to more defined workstations with walls.

What we discovered was quite interesting and affirmed the fact that, while open offices may never disappear, they’re under fire from both the young and old.

In an article about the changing work world, marketing speaker and columnist Samuel Scott pointed out something that we’ve known all along.

Open offices aren’t nearly as infallible as the work world thought and, conversely, cubicles weren’t nearly as awful as the common stereotypes made them out to be.

“The most eye-rolling claim in the tech world is that open offices encourage collaboration – as though no one ever worked together until they were all crammed into rows in single, large rooms like sweatshop factories,” Scott wrote.

He went on to point out that one of the main motivations of an open office may not be creativity – it may be price.

Referring to a post on LinkedIn by branding consultant Geoffrey James, he noted that, while the average open office will save you money up-front, they’ll end up costing about three times as much in reduced productivity.

As we’ve discovered in our own research, open offices tend to have more cases of sickness and, as a result, more employees taking sick days.

Of course, not all open offices are bad. Companies who take the time to sit down with an expert and plan out an office layout that matches their company goals for productivity and workflow tend to have better outcomes than those who do an office because it’s the thing to do.

A good example of this is an office redesign we did for New Orleans-based accountant firm Bruno and Tervalon. They wanted to transition their workspace from an open office to a hybrid design. We were able to incorporate elements of an open workspace along with private workstations.

As we mentioned earlier, cubicles became the punch line of jokes about offices being more of a dungeon than a dynamic arena for growth and progressive thinking.

However, multiple studies over the past 30 years have shown that humans need a sense of spatial and auditory privacy for their brains to feel secure enough to focus, think critically and generate new ideas.

Matt Dubin, a workplace expert and leadership consultant, noted that as introverts’ unique needs have come into the consciousness of employers, cubicles have become a necessity.

“Cubicles can be quite productive, especially for introverts,” Dubin said. “While open floor plans have been glamorized recently as being the layout of choice for progressive companies, they usually work best for extroverts who draw energy from constant interaction.”

Introverts need a quieter space to excel, he said. Enter the cubicle.

“For employees who are more introverted and are energized by more quiet spaces that promote internal thought and reflection, cubicles can be more effective for their productivity,” Dubin said.

Ideally, he said, offices would implement a floorplan that includes a mix of cubicles and open spaces similar to what we did for Bruno and Tervalon.

“All offices should have a combination of cubicle-type areas and open spaces that encourage both focused, deep work and in-person collaboration,” Dubin said. “Office plans that incorporate both will maximize the unique strengths and personality of all employees.”

The Office Planning Groups implements a three-step process for crafting the right office for your business. We start with a free space plan and design consultation, work with you to come up with the perfect office and then install that office with our trademark efficiency and professionalism.

That first stage is where we can help you decide if an open-office, cubicle or hybrid layout is best for the type of culture you want to create and the level of productivity you expect.

Contact us today to take the first step in designing the perfect office.