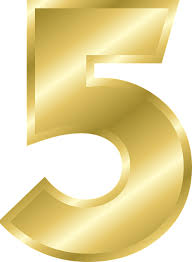 Have you ever thought about the five biggest companies in the United States?

The Forbes addict in your office might be able to reel them off like she was reciting her five favorite foods, but for most of us the task is much harder. Sure, most of us can guess Apple and Google, but even those might be a surprise to some.

We wanted to know what those five companies were, so we went out and did a little investigation. “Biggest” can be a slippery word – Biggest workforce? Most revenue? – so we decided to narrow it down to market cap.

In doing so, we discovered a very helpful list written by CNN Money in 2015. We’re going to take that list and expand on it, noting some interesting moments and personalities and other trivia about each company.

Tech companies have taken over the mega-corporation landscape and Apple has led the way. The tech company’s top standing isn’t much of a surprise, although some may be a little stunned by the fact the storied titan finished ahead of Google.

In 2009, Apple’s market cap was 33rd on the list. Six years makes a huge difference, doesn’t it? And yet that rise isn’t so surprising, given the spike in iPhone and iPad sales during that time.

What we think is interesting about Apple is that the story of its origins is one of the most familiar tales in tech history, thanks to eccentric-yet-brilliant founder Steve Jobs. The genius is the subject of several movies that have graced the big screen over the past few years.

Quick and quirky facts about Apple:

If there’s one thing Google has over Apple, it’s that “Apple” hasn’t become a verb.

These days, you can barely go an hour without Googling something. Also, whereas Apple’s products still face tough competition from other mobile phone and computer companies, Google absolutely dominates the search engine world. Bing and Yahoo are almost an afterthought.

And don’t forget that Google is the king of mapping, their driverless cars have ridden 2 million miles and they created their own mobile operating system, Android.

The company first launched its search engine in 1998, but the domain name was registered on September 15, 1997.

Quick and quirky facts about Google:

With all the tech companies popping up all over the world (and popping up on Forbes lists), we sometimes forget that there’s one tech company that’s been a top-10 contender for decades: Microsoft.

We think part of this forgetfulness has to do with the rather mundane perception Microsoft gives in light of Apple’s iOS genius and design-focused products. Also, there’s that whole thing about the clunky, buggy Windows operating systems.

We think it’s a matter of founders, too. Bill Gates comes off as generous but boring and nerdy, while Steve Jobs is seen as an inspirational superhero.

The pop perceptions of the two men couldn’t be more exaggerated, as both Gates and Jobs are superheroes based on their intelligence, creativity and drive.

Quick and quirky facts about Microsoft:

It’s time for a tech break, isn’t it?

The Oracle of Omaha’s holdings company has 60 subsidiary companies and has substantial investments in big-time American companies like Kraft Foods, Coca-Cola and Goldman Sachs.

Warren Buffet’s reputation among businesspeople and investors is absolutely legendary, and his theory that you should buy when everyone is selling and sell when everyone is buying has been a bedrock philosophy for many an investor.

If you’re a Baby Boomer or Generation Xer, then Exxon is synonymous with the Valdez, an oil tanker that ran aground in Alaska’s Prince William Sound and spilled 10-11 million gallons of oil into the sound’s pristine waters.

These days, the company shares its name with Mobil and is, to today’s generation, nothing more than a gas station. However, ExxonMobil is the largest publicly traded oil and gas company in the world.

Quick and quirky facts about ExxonMobil:

Don’t Fall into the Mouse Trap: Four Solid Mice for the Workplace
Organization Apps
How Can You Use Corner Desks in the Office?