The Office Planning Group Blog > Uncategorized > On the Big Screen: Three of the Best Movies About Office Life and the Workplace

On the Big Screen: Three of the Best Movies About Office Life and the Workplace 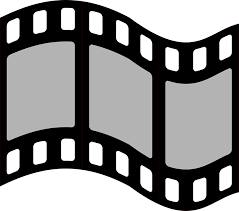 “Nothing that happens in my office is interesting,” said no employee ever.

Whether you’re pounding away at a tiny cubicle in a massive insurance office or you’re rubbing shoulders with the founder at an open workspace, you’ve got stories. Some of them are hilarious, some of them are frustrating.

And with such a rich amount of source material at hand for storytellers, it’s no wonder that dozens of sitcoms and movies have been made about the workplace.

While there are plenty of options for office-related shows on Netflix, HBO and regular cable channels, the selection thins out a bit when you move to the realm of cinema.

That doesn’t mean there’s a shortage, though. Quite the opposite; work-related movies are like that battle axe of a coffee pot steaming with another cycle of acrid brew…there’s plenty to go around.

This pick is a bit of a surprise because the movie focuses on a guy who rarely spends any time in an office. However, Clooney’s winsome performance reminds us that, at the end of the day, every person who suits up to go into the workplace is a human being. As hard as we try to put on a certain persona, there are cracks in our carefully hammered armor.

Clooney’s character Ryan Bingham also gives us insight into the shadowy world of “letting people go.” His job is simple: travel around the country and fire people. He provides them with a few platitudes and a debrief folder that explains the next phase in their life.

For employees, we all know how terrible it feels (or would feel) to get that fateful summon to the firing room. For employers, Bingham’s role reminds us how gut-wrenching it can be to tell people they’re fired.

The movie also includes Anna Kendrick’s character Natalie Keener, the typical young employee with bright eyes and big dreams. Some of us will observe her character and think about how we were like that at one time, or her youthful exuberance may annoy us.

And while the themes of this movie are more on the emotional and interpersonal side of work, there’s also the fun side. Bingham is trying to collect 10 million miles on his credit card, an honor rarer than walking on the moon, he says:

Considered the absolute king of workplace movies, Office Space was the precursor to the emergence of office sitcoms from the mid-2000s on.

One of the main reasons the movie led to a movement is that it covers all the day-to-day aspects of work life through the eyes of a dissatisfied employee (Peter). You’ve got the odd but enduring relationships between quirky coworkers (Milton), the annoying boss (Bill Lumbergh) and that persisting daydream that one day you’ll leave your cubicle for greener employment pastures.

Here’s how a Washington Post review of the movie described Lumbergh, the prototypical boss we’ve all grown to despise:

“Running the program is Peter’s smarmy boss, Bill Lumbergh, dressed in the slicko duds of the office park manager: the expensive shirt, the suspenders matched perfectly with his tie, the eternal coffee cup in hand and the unctuous patter that starts with a “yeeeeeaaaaah” at the beginning of every sentence. You gotta love this world.”

There are many worthy movies out there that could’ve easily made this list. The 80’s classic Working Girl is hailed as a work of workplace art, as is The Hudsucker Proxy and the winsome In Good Company.

However, Pursuit of Happyness is, like Up in the Air, an exploration of the “what-goes-on-outside-the-office” life that tends to cause a tear or two to fall from just about anyone’s eyes.

The movie is loosely based on the life of Chris Gardner, a salesman who gets trapped in a bad investment. One day he runs into a finance pro who drives a nice car and Gardner vows to get a job that affords him the same level of luxury.

However, the only open position he can find is an unpaid internship at brokerage firm Dean Witter. There are two huge problems with this (besides the lack of a paycheck): He has a son and they have no place to live.

Happyness isn’t a satire of office life, but a narrative on what it’s like to believe in yourself enough to overcome poverty and earn the kind of money you deserve.

Gardner, of course, overcomes the odds and wins a position at the firm, beating out much younger opponents in the internship with him. Here’s the scene where he learns he’s been chosen from his internship group for a full-time position as a broker:

While the movie certainly has its points of sappiness, it is an excellent narrative on determination and self-belief, no doubt bolstering more than a few souls during the Great Recession that came just a couple of years after its release.

Are You Designing an Outdoor Office?
Don’t Fall into the Mouse Trap: Four Solid Mice for the Workplace
What to Expect When You’re Expecting to Start a Business: Dealing With Growth