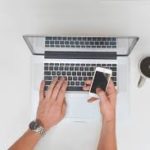 While there are many workplace worries that can be fixed by a good workout or healthy snack, there are far more insidious forces threatening to vanquish productivity.

Unfortunately, the forces that work against our productivity are often those forces which we love the most: our smartphones and tablets, minute-by-minute planning and an emphasis on multitasking.

However, as we’ll show in the next few sections, those widely accepted entities often are the very things that undercut our productivity and leave us feeling physically and mentally exhausted.

Well into adulthood, some of us find ourselves unable to resist “just five more minutes” of our favorite distraction before bed.

In a world where communications and interactions are increasingly taking place via any number of electronic gadgets, the pre-bedtime winding down process now involves several hours of social media, emailing and voraciously checking new notifications.

While the temporary catharsis of such activities is widely acknowledged, the effect on your rest can be a costly one, both to your health and productivity the next day. 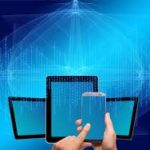 One such byproduct is blue light, according to the research of Forbes Contributor Travis Bradberry.

“This is a big one that most people don’t even realize harms their sleep and productivity. Short-wavelength blue light plays an important role in your mood, energy level, and sleep quality,” Bradberry pointed out.

He goes on to say that blue light decreases the natural production of melatonin, a sleep-inducing hormone. Afternoon sunshine contains decreasing amounts of blue light, which allows our brains to start producing melatonin. By nightfall — when our brains aren’t expecting any blue light — staring at a screen bombards us with direct exposure to it. This can wreak havoc on our natural sleep cycles, Bradberry explained.

“This exposure impairs melatonin production and interferes with your ability to fall asleep as well as with the quality of your sleep once you do nod off,” he wrote.

In other words, shut off the gadgets and gizmos after dinner and give your mind a well-deserved break from the glowing spreadsheets and frantic emails.

Too much organization can be a bad thing.

With a mountain of an agenda containing tasks ranging from the mundane to the herculean feats of creativity and ingenuity ahead of you, it’s easy to want to control every moment of the day to maximize productivity.

This tactic, however, usually burns us out before the day ends.

While scheduling your whole day to go according to a master plan, might, in theory, provide a manageable framework for your day, it leaves little room for the inevitable interruptions or emergencies that crop up at a moment’s notice.

“When you’re too tightly scheduled, you can end up undermining your productivity, because if one thing goes wrong, your schedule could be disrupted for the rest of the day,” notes Gwen Moran in her article for Fast Company.

Remember, success is the culmination of preparation and opportunity and part of that preparation is reserving time that may become game-changing later on when plans don’t work out and quick, decisive action is required.

Be flexible and get the hard stuff out of the way early. Dealing with the most difficult tasks when your mind is at its freshest ensures that the rest of the day can be dedicated to less pressing projects that allow you to breathe without burning out.

“It turns out that 98% of the population doesn’t multi-task very well,” entrepreneur Lisa Quast wrote in a Forbes article.

Study after study has revealed no significant productivity benefits from this daunting pseudo practice. In fact, multitasking is little more than rapid task switching, which can be just as detrimental to your brain as it is to your productivity.

In an interview by Entrepreneur’s guest contributor Lisa Evans, Devora Zack, author of “Singletasking: Get more Done – One Thing at a Time” reveals staggering statistics about multitasking: “[It] not only lowers productivity by 40 percent but it also shrinks our brains.”

Wrapping It Up: Be

Habits that curtail productivity can be somewhat elusive to identify when there isn’t any one specific remedy.

Every entrepreneur has their own way of solving problems or managing tasks, but the basics sometimes start outside of the workplace and won’t always be readily apparent.

Be mindful of potential productivity killers. If your sleep is fitful, your mind is muddled and you feel like multitasking effectively is impossible, there are solutions.

Focus on creating a relaxing bedtime routine absent of electronic light, allow for flexibility in your schedule and flip the value metrics on multitasking versus singletasking.

These three simple steps should create a significant change in your work life.

The History of Management: From Individual to Machine to Empathy
How to Navigate a Career Change: Tips from Professionals Who’ve Been There Before
Four of the Top Office Trends for 2017