The Five Best Startups of the Past Ten Years

It’s hard to believe that just a decade ago most people were wielding flip phones and mass use of the internet was barely passing its 10th birthday.

What’s just as staggering is the number of new technologies that have stormed into our daily lives during that time. VR? Didn’t exist. The iPhone? Barely existed. The Internet of things? Nope. 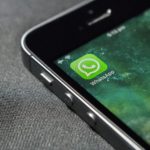 And think about all the startups that have popped up during that time. It seems like every week a real-life version of the Pied Piper was popping up somewhere in Silicon Valley as baby-faced developers pounded away at their keyboards.

As an ode to the men and women whose creativity and drive built some of the more well-known names in tech, we’ve compiled a list of five of the best businesses borne out of the past 10 years.

CEO Jon Stein started Betterment back in 2008 because he ran into a problem. As a financial advisor, he was great at telling other people what to do with his money, but when it came to his own finances, he nor his colleagues had any idea what they should do with their money.

So, Stein launched Betterment, the original robo-advisor that has grown into a full-service financial institution offering investments, retirement accounts and trusts.

Betterment made this list because they are one of the vanguards of decentralization, right along with Uber and Airbnb. They took the power out of the hands of the big institutions and put it in the hands of the people at a fraction of the cost.

Another true disruptor, Uber started in 2008 and launched its first rides in San Francisco in May 2010. Since then, Uber’s services have expanded to more than 500 cities worldwide.

Some have taken to the emergence of DIY cabs with open arms – Uber fares tend to be less painful than what you’d pay for a taxi. Others, not so much – cab unions across the world have put up protests at the first whiff of their city’s Uberization.

Either way, the cab service has now become a household name. Uber has also branched out into a number of ventures, including package delivery, meal delivery and carpool services.

Another San Francisco company, Fitbit grabbed the Internet of things and sent it for a run around the block.

The wearable fitness device, while it has competition, has become the standard name and product in the Internet of things’ fitness niche.

The company has launched several lines of fitness trackers – the Force was an early favorite, along with the Flex and the sleek Alta.

While heart rate monitors and tracking devices existed as Fitbit grew, the company’s combination of slick-looking wearables and a user-friendly app helped it sprint past the competition.

Tile is a great example of a company that took funding and used it well.

The small Bluetooth square can be attached to just about anything. When that “anything” is lost, you activate your Tile and it emits a beeping melody that helps you locate it.

Tile’s owners relied heavily on crowdfunding to start the project back in 2013. Another competitor, Trackr, popped up around that time. However, it was Tile’s reliable performance that led the company to take charge of its niche.

The company sold 2 million Tiles between 2014 and 2015, an impressive feat for a tech startup. The company is already in its second generation of devices.

Thankfully, the days of SMS texting are pretty much behind us and messenger apps rule the day.

Among the world’s most popular is WhatsApp, a company started in 2009 and acquired by Facebook in 2014 for nearly $20 billion.

We’re Not a Startup, But We Are a Leader

Office Planning Group has been in business since 1969, a time when most of the employees at the companies we mentioned above weren’t even born.

We’re okay with that because we’ve used those nearly 50 years to build a reputation as a reliable office planning company. We built that reputation by listening, planning alongside our clients and handling all phases of our projects.

If you want to learn more about what we do, head to our About Us page.

Three Reasons Why Used Office Furniture Is the Smart Choice for New Orleans Offices
CEOs Are Reading These Books & So Should You
How to Navigate a Career Change: Tips from Professionals Who’ve Been There Before