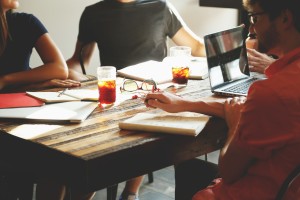 They may not be on the level of pot-bellied gift-givers patrolling the Christmas Eve sky or that bushy-tailed bunny that drops off millions of sugar-heavy baskets on Easter. However, there are plenty of half-truths and untruths that have been shared over the coffee pot.

But what exactly are those myths? Well, finding the top tales isn’t the hard part; it’s narrowing things down to a few great examples that brings difficulty.

So, we’ve searched the recesses of the internet to unearth what we considered to be some of the high, holy myths of office work and workplaces.

Office Myth #1: The First Amendment Protects Your Right to Say Whatever You Want

Ever had the daydream where you walk into your boss’ office and unleash a misery-motivated, spirited tirade about how much you despise your job? We’re sure you have, and we’re also sure that your salty soliloquy probably contained a few remarks that are definitely NFSW. 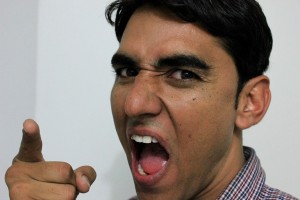 But that’s okay; you’ve got rights to free speech. Or do you? If you’re unclear about whether or not your mouthing off is protected, it’s time to set things straight, says U.S. News & World Report contributor Allison Green.

“The First Amendment prevents the government from restricting your speech, but not a private employer,” Green writes. “In most states, an employer can fire you for what you say at work, or even outside of work.”

Does that clear it up? Yes, you’re allowed to say what you want (barring discriminatory language). The government protects that right. But what the government doesn’t do is protect you from the consequence of what you say in your workplace. Private employers are allowed to take action against you (i.e. fire you) for your profanity-laced tirade.

Office Myth #2: What Happens in HR Stays in HR

This myth reminds us of a scene from NBC’s The Office. Hapless manager Michael Scott encourages everyone to share their deepest, darkest workplace secrets under the protection of HR-employee privilege.

Employee Meredith reveals to HR that she offers a paper rep a certain kind of “perk” for lower prices. Turns out her confession isn’t confidential, but rather an egregious violation of company policy that must be reported.

This scene is a classic example of the misconception that HR is like a lawyer’s office or a doctor’s appointment. What you share with HR isn’t confidential. A main reason behind this is that HR works on behalf of the company’s best interests.

So, if you tell an HR rep something that could impact the business in a negative way, don’t be surprised if it comes back to bite you, Allison Green says: “If an HR rep hears information that she judges needs to be shared or used to address a situation, her job obligates her to do that.”

If you’re an introvert, there’s a certain level of comfort in having your own cubicle. It’s your haven and your escape from an otherwise hectic workplace where someone is bound to suck all your people energy out of you.

So, it makes sense that a workplace switching over to an open concept could be a super stressful proposition for people who like to keep to themselves.

However, it’s possible, Fast Company contributor Anjali Mullany says, to create an open workspace that functions well for the outgoing and the quiet. 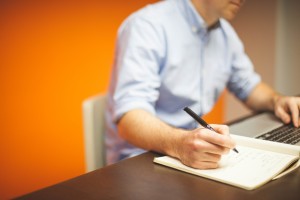 One advantage you may not have thought about is the fact that, under the old way of organizing offices, employees had to knock on the door of a coworker, supervisor or boss in order to talk with them. That process in itself can be a major hurdle for introverts.

In an open-style office, that (literal) barrier is torn down. If you want to talk with someone about a project, raise or grievance, you can walk up to their desk and talk to them. No doors. No receptionists. That’s a relief, Mullany says, for the quiet types.

“I don’t know about you, but I find it far more intimidating to knock on an office door than to turn to a nearby colleague,” she says.

Wrapping Up the Myths

Office myths are everywhere. We certainly didn’t cover them all here in this post, but we believe we captured the essence of some of the biggest ones. Do you have your own trove of workplace legends you think can top ours? Let us know in the comment section.

CEOs Are Reading These Books & So Should You
How to Navigate a Career Change: Tips from Professionals Who’ve Been There Before
How to Improve Office Communication: Part 1